Don’t Miss Out! Get Your NFTs to Play and Stake in the Virtual and Real Worlds of the RoT Mixed Reality Metaverse

Reign of Terror is pleased to announce its upcoming NFT Genesis Drop.

10,000 high quality 2D generative NFTs will be released in four different rarities as part of the NFT Genesis Drop: 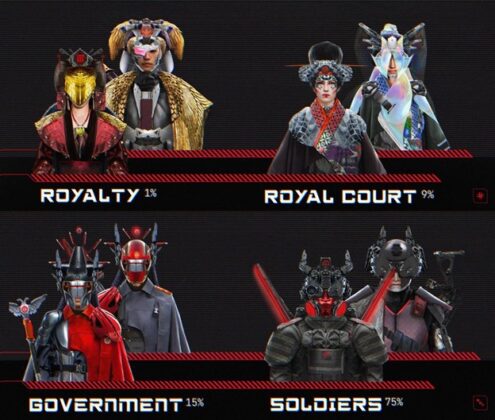 Holders of Genesis PFP (Profile Picture) NFTs can upload their own likeness to the above ‘Leader’ NFTs, which are considered very rare.

What is the Reign of Terror NFT Genesis Drop? 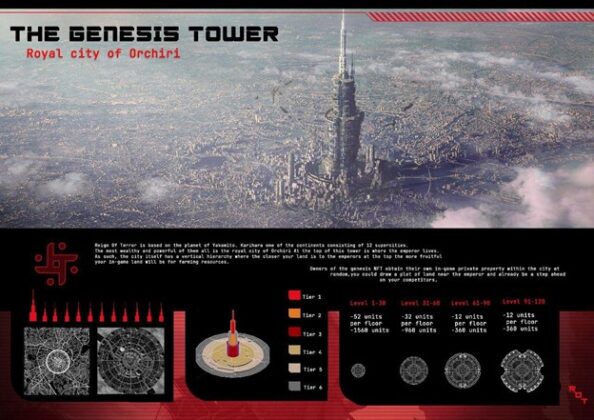 In the Reign of Terror Genesis Drop, the NFT not only represents a unique cyberpunk avatar, but also a virtual land in the RoT world. When a Genesis PFP NFT is staked in the game, the holder receives a land plot. 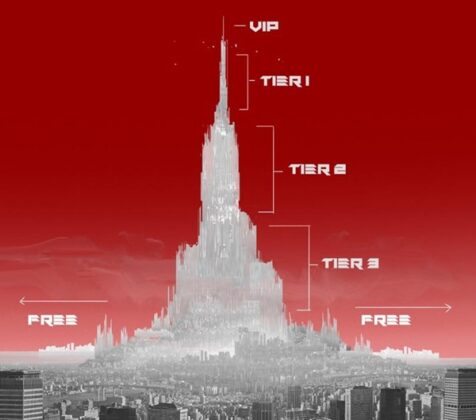 Players use NFTs (including heroes, units, equipment, blueprints, vehicles, land, and building systems) in all facets of the game to fulfill P2E missions while also earning from the DeFi mechanisms.

Land plays an extremely important role in Reign of Terror, and affects multiple systems in the game including harvesting resources for crafting, the power of your guild and alliance, and the DAO governance system. RoT may add a rental system to land later on based on community feedback to the first iteration.

High and VIP tiers at the top of the high tower are more valuable — since it has fresher air, richer minerals and proximity to the power at the top of the tower — than the free barren wasteland on the surface. Wealth can be built up through the land resources, and other NFTs.

What are the benefits of the NFT Genesis Drop?

In 2021, the trade volume in NFTs skyrocketed more than 262 times to $24.9 billion over 2021, with close to half of the 2.7 million unique active NFT wallets connected to NFT games. DeFi, SocialFi and mixed reality technology are main trends expected to drive future NFT gaming growth, and are all integral parts of the Reign of Terror NFT game. Through the NFT Genesis Drop, NFT gamers and investors have an opportunity to obtain RoT NFTs early.

As a premium member of the RoT society, you also gain: 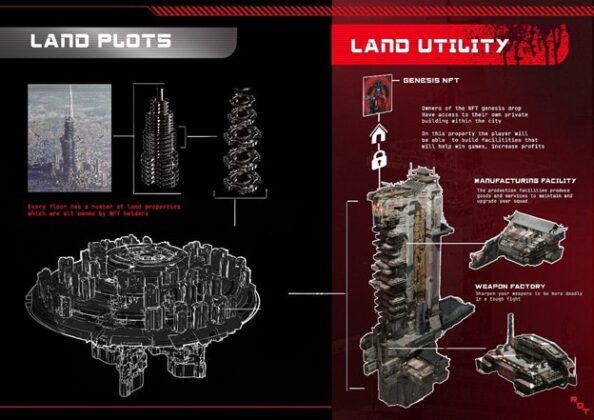 The NFT whitelist campaign provides all community members a fair chance of securing a chance of getting NFTs as part of the NFT Genesis Drop  launch. Those who are active in the community will have a chance to get free NFTs!

The campaign is live on the Reign of Terror Discord channel. Invite 3 friends using your invite link to grab an NFT whitelist spot. Join our Discord Server, issue an invite code, or invite your friends to join the server directly from Discord.  Stay tuned for our NFT Level Up, and other upcoming events.

For more details on upcoming Reign of Terror campaigns, join our Discord channel for the latest news and updates.

Use Your NFTs Today in the RoT Meta Pre-Game

No matter which status you finally obtain, you are already the holder of wealth in Orochi City. In the game, you can plunder the wealth of other gangs by teaming up with players, and be the first to upgrade in the game by developing your resource-rich land.

Want to get one? Participate in the ongoing whitelist campaign and get whitelisted!

About Reign of Terror

Reign of Terror is a P2E blockchain game in a cyberpunk metaverse created to immerse players in a dystopian, futuristic world while weaving in graspable decentralized finance mechanisms. Get lost playing in a jaw-dropping new reality game where missions become investment-bearing activities!

Be ready to enter the cyberpunk metaverse. Follow Reign of Terror’s official channels for the latest updates:

5 Web3 wallets that are hot favourites among crypto enthusiasts