KardiaChain is the first decentralized interoperable and self-optimized blockchain ecosystem that brings the masses to Web3 and helps users leverage the power of blockchain and the Web3 ecosystem.

What Is KardiaChain All About?

Blockchain technology, especially smart contracts, is believed that will help people to reach a trustless agreement at ease in all aspects of daily solutions.

The current approaches to achieve this, but are built to make others obsolete or even require a significant change on the part of the participating chains. 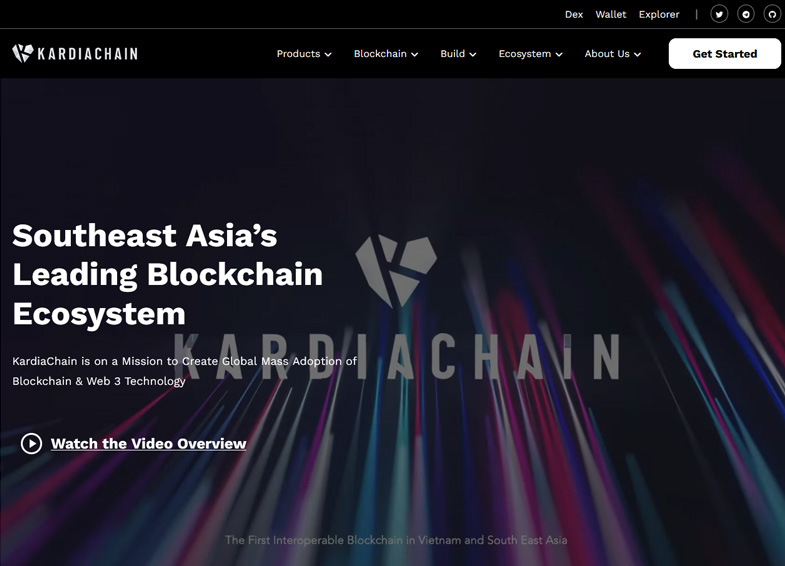 Meanwhile, KardiaChain provides a new approach, called “integration without assimilation” which focuses on simplicity and ease to use from the standpoint of both the end-user and the developer.

As each of the individual blockchains will have a different design to serve specific purposes, the unique approach of KardiaChain is practical enough for easy and fast implementation of inter-blockchain connections without changing participating chains.

As a blockchain network, KardiaChain connects other networks and applications in the blockchain ecosystem to create a unified ecosystem that combines the collective strength of all participants and lays the foundation for the upcoming blockchain mass adoption.

The primary solution of KardiaChain is the Dual Master Node (or Dual Node) with three prominent components: Translator, Router, and Aggregator. 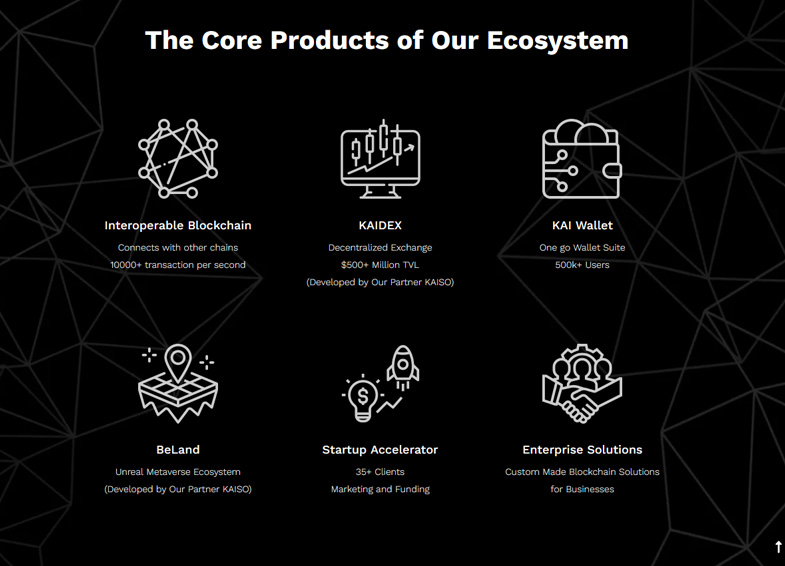 KardiaChain is the first decentralized interoperable and self-optimized blockchain infrastructure that aims to solve the fragmentation of the blockchain ecosystems, which is also one of the most prominent challenges facing blockchain technology.

Therefore, KardiaChian is designed as a unified platform combining all participants’ collective strengths to lay the foundation for the mass adoption of global blockchain.

KAIDEX is the first decentralized exchange of this kind that incorporates Web3 principles and DeFi features to provide investors and traders as a one-stop shop.

The KardiaChain Network provides a secure interface for users to review and approve or reject transactions before they are written to the blockchain to make it possible for dApps to perform transactions securely.

The Publickey is the receiving address or address which can be shared or displayed without compromising security. When the sender wants to send assets, they will need the wallet address of the receivers, which displays on the Home screen.

The Privatekey is the security key and private to the owner of the wallet, which will be used to sign into the wallet, and sign any transaction before sending cryptocurrency to the receiver.

It should be noted you should not share the Privatekey with anyone, as your cryptocurrencies in the wallet will be lost if the key is compromised.

KardiaChain wallet has built-in security requiring users to authenticate by using their pin-code, faceID, or fingerprint before login into the Wallet.

You are able to download the KardiaChain mobile App wallet from App Store or Google Play.

To set up a new wallet on your device, click on the KardiaChain Wallet icon and choose to Create New Wallet, write down the Mnemonic Phrase that appears on the screen, then click Understood and Access My Wallet.

After setting a new PIN, you will need to enter the PIN again to confirm it. Now, you will see the wallet home appear on the mobile device.

In order to access the wallet, click on the KardiaChain Wallet icon and choose Access My Wallet. You will be able to access it through Private Key by scanning the QR code or entering manually, or through Seed Phrase by entering the 12 words when creating the wallet.

Depending on the browser that will be used, you can navigate to the extension store to download and install the KardiaChain Wallet.

In addition, you can access the wallet on the web. KardiaChain Web wallet is a web based wallet built specifically for KardiaChain that allows users to create new or access to KardiaChain Wallet from KardiaChain Explorer.

Moreover, KardiaChain web base supports different browser extensions such as Chrome, Edge, Firefox, and Opera. With the KardiaChain wallet, users are able to stake from the wallet or buy cryptocurrency in addition to storing their digital assets.

BeLand allows users to interact with each other in the DeFi space without the need for third parties. This means users of dApps, developers, and creators can all benefit from Beland’s shared economy and cross-dApp interoperability through making NFTs, dApps, and games.

The Incubator is where builders launch dApps that have demonstrated potential, and find the funding they need.

The native token on the KardiaChain network is KAI. The token is used for securing the network through staking, governance, payments, and for fees.

Users are able to buy KAI either from KaiDex or common decentralized exchanges such as KuCoin, Gate.io, Huobi, UniSwap, PancakeSwap, and Simplex.

Staking is the process of participating in transactions in KardiaChain Network.

Anyone who has a minimum required balance of KAI can validate and earn staking rewards. Currently, you will need at least 1000 KAI to get started with staking.

The KardiaChain network uses Delegated Proof of Stake (DPoS) as its mechanism of selecting the top Validators, who have secured the most voting power to participate in the validation of blocks and consensus process, and rewards them.

There will be two different kinds of staking, including Delegators and Validators Staking.

Validators and earn the incentives. In that, the final incentives will be the reward from staking, minus the commission fee from the Validators.

Validators stake by using their KAI and earning rewards.

The Validators will not only earn rewards from their staking, but also the commission fee which they charge to the Delegators.

To become the Validator, you will need to have a minimum of 5M KAI in your possession and 25K KAI for registration.

During the staking process, the staking system will pay out rewards to all token holders including Validators and their Delegators via execution consensus protocol. The rewards then can be withdrawn immediately.

How to Get Started with KAI Staking?

First of all, you will have to set up your KardiaChain wallet by downloading the app or installing the wallet extension on your browser.

Next, transfer your KAI tokens from mentioned decentralized exchanges to your wallet.

Finally, join a Validator pool via the website or staking pools directly through KardiaChain mobile app to stake your KAI.

KardiaChain’s solutions based on Dual Nodes not only have simultaneous access to the ledger data of KardiaChain and another blockchain of choice but also can carry any data between blockchains while preserving the cryptographic proof.

In addition, the Elastic Sharding With Incentive Mechanism (ESWIM) ensures optimal network performance and security. This also maintains an appropriate number of nodes and staking power in Dual groups and the main network.

The KardiaChain Network provides the algorithmic approach in transaction routing to optimize costs and speed.

Also, it has unified smart contract language to enhance developability. The most important is a non-invasive solution that provides backward compatibility and zero-change is required on other chains for integration.

What Happened in the Industry in the Last 4 Years?

New Troubling Fact About Solana Revealed, but How Will It Affect SOL Price?

What Is Staking? – Don’t Stake your Crypto until you’ve read this

What Is Crypto Staking? | Built In