Sam Lee, head of tax at Galaxy Digital, graduated from Columbia University with a B.A. in Philosophy, then went on to obtain an M.A. in Religion from Westminster Theological Seminary. He got his J.D. from St. John’s University School of Law and an LL.M. in taxation from Boston University. He worked previously at PwC, Reverse Mortgage Funding LLC, and GoldenTree Asset Management. 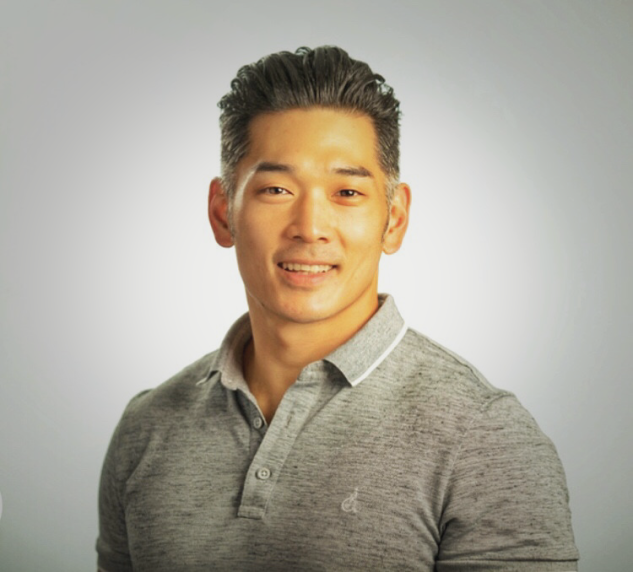 Bloomberg Tax: What are the key crypto issues for tax people and for companies like Galaxy Digital that operate in that space as a financial company?

Sam Lee: If you’re talking about retail customers, armchair investors, I think the key issue is reporting. Especially with the infrastructure bill that President signed into law last year, reporting is now a reality, although not effective until 2023—tracking cost basis, purchase date details of your crypto transactions—that’s going to be the No. 1 priority because the IRS is basically lasering in on it.

From conversations I’ve had with friends of mine who day-trade, who aren’t experts with respect to the tax rules but know crypto very well, the first question I ask is, “How much have you earned?” “Oh, I earned X amount of dollars on this trade.” And I ask, “Well, are you keeping track of your basis details?” And they ask: “What’s that?” I think most of the public is aware that that reporting is going to be a key item, and they’re turning their attention to it.

Bloomberg Tax: The much-awaited Biden executive order on crypto finally arrived, but it contained essentially nothing for tax. What do you hope to see in the future? Anything regulators could do that instantly bring order to the chaos?

Sam Lee: What we want in the crypto industry, speaking from Galaxy Digital’s perspective, we want to do things the right way. We are trying our best trying to operate within the confines of: One, reasonableness; and Two, rational conclusions and analogies. That basically speaks to the issue of there not being enough guidance out there especially from an IRS on how to treat certain transactions.

I’ll give you an example of a big-ticket item that you’re seeing in the industry space: How to tax crypto loan transactions. The securities lending market is huge, and that’s what we, as an industry, try to analogize to when we’re dealing with crypto loans. If the IRS could come out and issue guidance on whether loans should fall within the same rules that apply to securities loans, that would clarify so much for many companies. Right now, the best we can do is to analogize to existing law on securities loans. But because digital assets are not, strictly speaking, securities under the Code, the Code provisions that we’re analogizing to don’t actually apply.

Bloomberg Tax: What else?

Sam Lee: The executive order is a good first step, but we really do need more regulation or guidance. Most crypto companies appear to be—you can see this from literature—averse to doing business in the United States. There’s SEC enforcement action, but people aren’t sure how to treat digital currency transactions, so they’re moving offshore. It’s why you have companies in the Bahamas or the Cayman Islands where there isn’t regulation, which is not necessarily good thing. But it’s the only choice they have, given the lack of guidance, I guess.

In the example I gave you about crypto loans vis-a-vis securities lending rules, the general issue that we face in the tax community is: Is Bitcoin a commodity, or is it a security? In the SEC’s world that security analysis is the issue. Is Bitcoin a security, is Ethereum a security, is Solana a security? In the tax world, that analysis is important, because different rules apply to different transactions. In the publicly traded partnership context, Bitcoin is less of a commodity than it might be in the trading, or the trading safe-harbor context. So it’s actually frustrating because it means different things under different code sections. Because we can treat Bitcoin as a commodity for one purpose under the tax code, but then it may not be a commodity for another purpose. And that forces us to have to do a lot of mental jiujitsu, to get to the right position for our tax returns.

Bloomberg Tax: What court cases are you following right now?

Sam Lee: There’s a case where the taxpayers are taking the position that they shouldn’t be taxed on rewards they received from staking Tezos tokens (Jarrett v. U.S.). They initially paid the tax liability. But then they claimed a refund and took it to court, and the IRS decided to settle without providing a rationale. The taxpayers said, “we don’t want to accept that, we actually want you guys to make a decision on why you’re settling with us, and to provide guidance on how staking rewards should be taxed.”

That’s the right move, the hope is that it will force the IRS to provide some rationale or guidance.

Bloomberg Tax: How did you get from being a theology student to being tax chief at a cutting-edge financial firm?

Sam Lee: If you ask most tax professionals, the majority of them will have a response that’s something like, “it’s just kind of flipped for me, one day, or I fell into it.” You’re rarely going to meet someone that sort of aspires to be a tax lawyer or tax professional from the age of five, right?

That’s what happened with me. My father was a minister, he’s retired, and I grew up in the church setting, studied philosophy as an undergrad, and I thought I would follow in his footsteps. So I went to seminary to study theology, because I had a very deep interest in understanding what the meaning of life is, etc. And philosophy and theology sort of intersected nicely, and there was a lot of focus on interpreting laws and rules in the Old Testament, and in the New Testament having to learn to the translate Hebrew and Greek.

There was a lot of, I don’t want to say brain damage, but a lot of time spent thinking about how things work, why this word means that, how it could be interpreted differently depending on the context. And after spending time there, I realized it wasn’t my calling and decided to do a 180 degree and spend some time as a legal assistant or paralegal in some top law firms. From there, I decided law school was the next best logical step.

It wasn’t until my third year in law school, when I took my first tax course, and it was that sort of “Eureka, aha!” moment where it just clicked and made sense to me. There were puzzles to solve, problem-solving involving money, and that was all fascinating. That’s how I started down the tax path, and it’s been full-speed-ahead ever since.

Bloomberg Tax: What do tax people need to be thinking about for the future?

Sam Lee: The crypto industry, the blockchain industry of digital assets, moves at a lightning pace. I’ve been at Galaxy for going on four years in August. We like to say one year in crypto is like a dog year, so I’ve been here for like 28 years. I’m exaggerating obviously; realistically, it’s as though one year is like three years in crypto.

Yesterday is old news. You can spend all day trying to keep up with the latest and greatest in the news space, there’s always something new. There’s always some brand new technology. I would say the parallel to think about is the dot.com era, 1995-2000. That’s where we are with Web 3.0.

I think there’s not much we can do, other than stay on top of the issues, think about them, and analogize reasonably—from a tax perspective, and existing code and case law. Then take action to communicate with Treasury and Congress, educate them on what crypto is and how it’s beneficial, so we can have more guidance than just the 2014 notice on how to treat certain crypto transactions.

More Than $20 Million In Long Liquidations As Bitcoin Falls To $41,000

Deflationary Ether Is Underperforming Bitcoin, Here Are 3 Reasons Why

Oasys to be Listed on Leading Japanese Crypto Exchange, bitbank