Your favorite kids shows are being reincarnated as NFTs, there’s a hot debate around zero-royalty NFTs, and OpenSea is once again making policy changes. While NFT volumes have slowed and stuttered, there’s still plenty of activity and action to review. That’s why we deliver you a bite-sized recap every weekend – keeping you up to speed on all things NFTs from the past week.

Let’s dive into these stories, and more, from the past seven days of NFT action.

Do Zero Royalty NFTs Have A Future?

In last week’s Nutshell, we highlighted the community debate around CC0 and licensing / rights holding for NFT holders. This week, the chatter shifted towards royalties, as many major community members shared their thoughts on zero-royalty NFTs, which seem to be gaining momentum.

Power Rangers NFTs Are Next Up For Hasbro And Funko

Funko Pop’s digital NFT series, ‘Digital Pop!,’ has generated mixed reviews from hardcore Funko fans, but it hasn’t slowed the company’s persistence in playing in the NFT space. Look no further than the latest upcoming release for the firm, in partnership with toy company Hasbro (who have also been aggressive in the space). On August 23, the brands will be releasing “Power Rangers” NFTs, with a total of 22,500 packs (or 450,000 total NFTs) available for fans.

It seems like each week we feature a small piece of OpenSea policy adjustments on the Nutshell. We’re back again this week, as the leading NFT marketplace made an announcement earlier last week that they would be implementing a crime reporting and stolen items policy in order to stay compliant with U.S. laws.

This had some unintended effects for users that unknowingly purchased stolen NFTs, however. The major highlight here is that theft victims would be required to file a police report during the first week of the theft in order to prevent stolen items from circulating on the platform. Otherwise, NFTs would be freely traded. 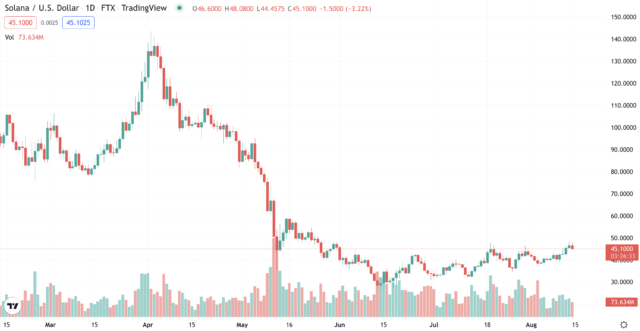 Music NFTs Are Still On The Table, As Shopify Teams Up With Blockchain Music Firm ‘Single’

Shopify is not only one of the biggest e-commerce facilitators in the game today, but they are also becoming increasingly NFT-friendly (and of course, increasingly crypto-friendly as well). We’ve seen Bitcoin Lightning integration, and last year the company made a splashing announcement around their intentions to build out merchant support for NFTs.

Last year, and headed into early 2022, there was plenty of anticipation around the future potential around music NFTs. Many saw them as the next category to burst into the scene, as speculators threw around ideas of what could be the next GameFi. 2022 has shown mild results as the market has cooled off, to say the least. Top that off with other major setbacks, such as Audius – one of the leading names in audio NFTs – was hacked for roughly $6M in ETH in recent weeks.

Nonetheless, not all hope is lost. Shopify has made strides this past week in serving creators directly, teaming up with Solana-based ‘Single’ to offer solutions for creatives in music and video. Single CEO and founder Tommy Stalknecht stated:

“It shouldn’t be any more difficult for anyone to collect digital merchandise as it is physical, so we want to make sure that people can purchase NFTs just as easily, creating an instant value to fans.”

NFTs that are part of a collection fit the bill with broader crypto, accordingly to new EU legislation under the EU’s Markets in Crypto Act, or MiCA. This is according to a panel at the Korea Blockchain Week from EU Advisor Peter Kerstens. Kerstens’ sentiment follows previous anticipation that NFTs in most, if not all, forms would be excluded from the MiCA legislation. Additionally, with MiCA inclusion, this would require NFT collection issuers to likely issue a whitepaper alongside their collection – and would limit outlandish claims or unreasonable promises to potential buyers. While this might be more stringent regulation than many would prefer, it also could lead to a more consumer-friendly outcome, ideally reducing scams and fraudulent schemes.

MiCA is roughly two years in the making and has been amended as legislators discuss potential implications.

Holding This Range Can Lead a Quick Move Towards $27K

Here Are the Top 3 Cryptocurrencies for Buying NFTs: Decentraland, The Sandbox, and Moshnake

NFTs as the “digital renaissance”: What are the next use cases and how do we achieve it?