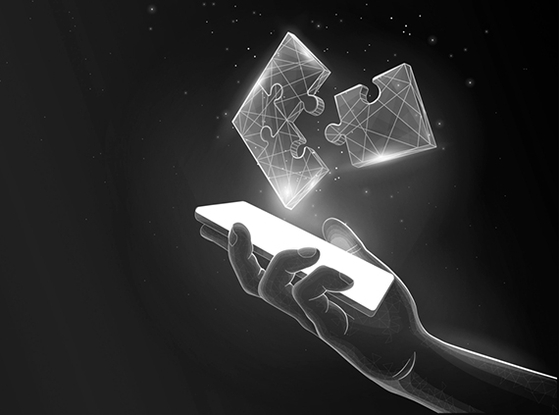 Tech companies are jumping into non-fungible tokens (NFT) despite the market weakening since earlier this year.

In an attempt to attract consumers to the NFT market, tech companies in and outside of Korea are trying to make it easier and more fulfilling to own digital assets. Methods include making the purchasing process easier or allowing owners to display their assets on social media.

SK Telecom introduced the beta version TopPort, of its NFT marketplace, on Aug. 8, where around 3,000 digital artworks can be found. Transactions can also be made in won, unlike other NFT marketplaces which settle in cryptocurrencies.

“We are planning to open the NFT marketplace in the first half of next year,” said a spokesperson for SK Telecom. “Functions, such as transaction between individuals and giving NFTs as gifts to others, will be added.”

Samsung Electronics is also using NFTs to promote their products, especially TVs and smartphones. The company is planning to give out New Galaxy NFTs for those who have ordered the Galaxy Z Fold 4 and Galaxy Z Flip 4 models.

The company has introduced its TV software, called Smart Hub, where the Samsung NFT Platform comes pre-installed, according to the company. The software was introduced during the CES 2022 earlier this year.

Instagram has been allowing its U.S. users to post the NFTs they have either purchased or created since May. It has been expanded to more than 100 countries around, including Korea, to contribute to the economic activity of creators of NFTs and the daily use of metaverse technology, according to Instagram.

“If you upload an NFT, the creator will be automatically tagged and explanations of it will also be found,” said a spokesperson for Instagram.

NFTs, which are blockchain-based digital assets, gained traction last year along with the rise of cryptocurrency and metaverse in the tech market. Demand has been slowing this year, but companies are keeping faith in the potential value that the digital tokens will have in the future.

The global NFT market volume reached $15.7 billion last year and is expected to grow to $122.4 billion by 2028, according to SkyQuest.

The low cost of starting a business in the NFT market and marketing effects are some of the biggest reasons for companies to expand their businesses using these digital tokens.

Collaboration has been the conventional way for companies to promote their brands through NFTs. Bored Ape Yacht Club (BAYC) is one of the most globally popular NFT projects that many companies prefer to partner with. Fashion brands, such as Gucci and Adidas, have also collaborated with BAYC.

The problem is these projects are mainly consumed by a few maniacs and coin investors. The market is still quite difficult for general consumers to access despite having an interest in NFTs.

The total NFT transactions are falling but companies in Korea are expected to keep jumping on the bandwagon.

Line Next, a subsidiary of Line, will be releasing a beta version of its NFT marketplace called DOSI this month. DOSI involves a total of 26 companies, including Shinsegae and CJ ENM. The company aims to develop the marketplace to develop various NFTs and sell them with partnered companies.

Kakao’s Ground X formed the GRID NFT alliance last month. A total of 50 companies, including Amorepacific and Shinhan Bank, are participating. The company aims to “promote NFTs so that they can be actively used in different industries, such as retail, entertainment and beauty.”

KT is planning to release a web version of its Mincl NFT marketplace, which has been available as a beta version of a mobile application since April.

“Essentially, all companies are adding NFTs to their existing businesses,” said Hong Ki-hoon, a business professor at Hongik University.

“From the perspective of corporations, cost of entry to the NTF market is relatively low and could help improve customer satisfaction, so their attempts at emerging NFTs with other businesses will continue.”

Why Crypto Miners Flock to Dubai Despite Hot Weather

Apple NFTs: Everything You Need to Know