Singapore — Nov. 21 — At a time when the market needs it most, liquid staking giant Lido Finance has partnered with KyberSwap, a leading next-gen decentralized exchange (DEX), to enhance Wrapped Lido Staked Ether (wstETH) liquidity on Ethereum.

KyberSwap’s ongoing Lido wstETH and Lido Staked MATIC (stMATIC) campaigns on Polygon, Arbitrum and Optimism have yielded excellent results with up to $15 million in daily trading volume across all Lido pools so far.

And now, Lido Finance and KyberSwap are advancing their partnership together to bolster the Ethereum ecosystem with more diverse wstETH liquidity.

On Nov. 18, KyberSwap launched its first phase of wstETH pools on Ethereum’s mainnet. 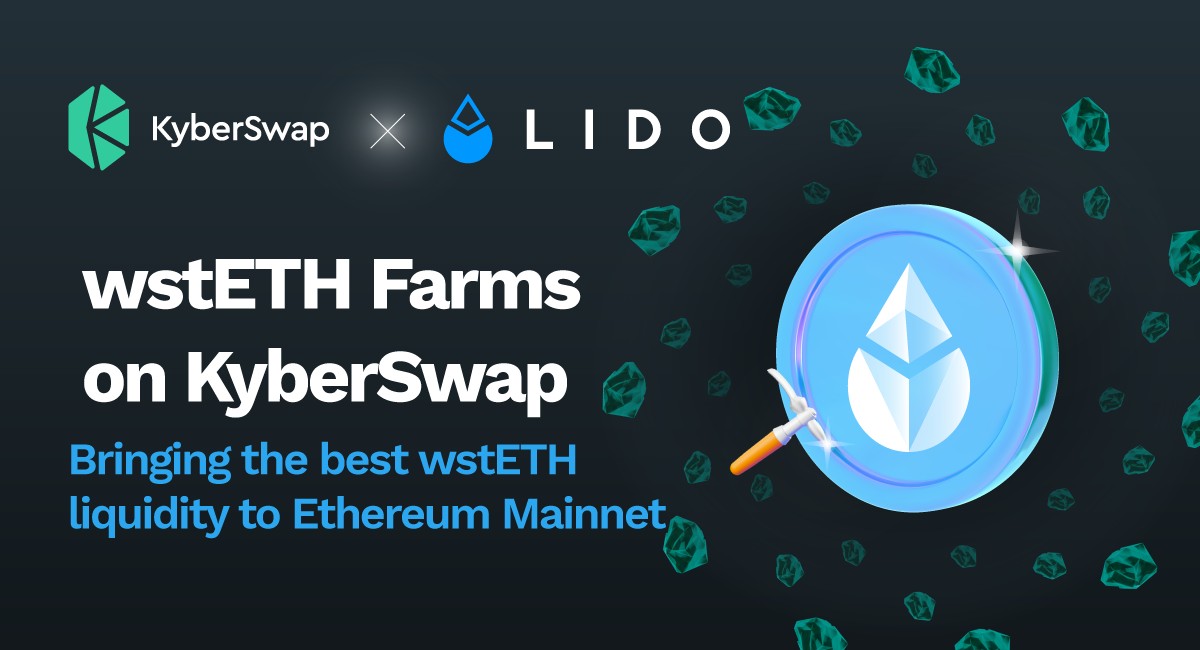 In order to bootstrap wstETH liquidity across more diverse pairs, Lido Finance and KyberSwap have launched two farms. These farms and their corresponding pools will also complement the new wstETH-ETH pool, in which Kyber has seeded over $10 million.

More pools will be added over the next phases with more rewards.

What is Wrapped stETH (wstETH)?

Via Lido Finance, users stake any amount of Ether (ETH) and receive a derivative token called stETH, which can then be traded or lent on other platforms. Lido’s Wrapped stETH (wstETH) is stETH, which is deposited into the stETH wrapper to create a new token called wstETH.

WstETH is a non-rebasing token that remains stable instead of changing daily to reflect staking rewards, which are only actualized when wstETH is unwrapped.

Wrapping stETH creates a decentralized finance (DeFi)-compatible version of the stETH token, which allows for easier integrations with DeFi protocols such as KyberSwap.

What’s the difference between stETH and wstETH?

stETH: stETH is a rebasing token, which means its supply automatically adjusts algorithmically to maintain a constant value. So, when the peg is 1:1, Lido stakers’ rewards will come in the form of an increased amount of stETH via rebasing when you hold stETH.

wstETH: To mitigate this rebasing effect for pools and different contracts, there is wstETH. As mentioned above, wstETH is a non-rebasing token that remains stable instead of fluctuating to reflect staking rewards. This ensures stETH does not get arbitraged out or cause issues as a result of the rebasing. 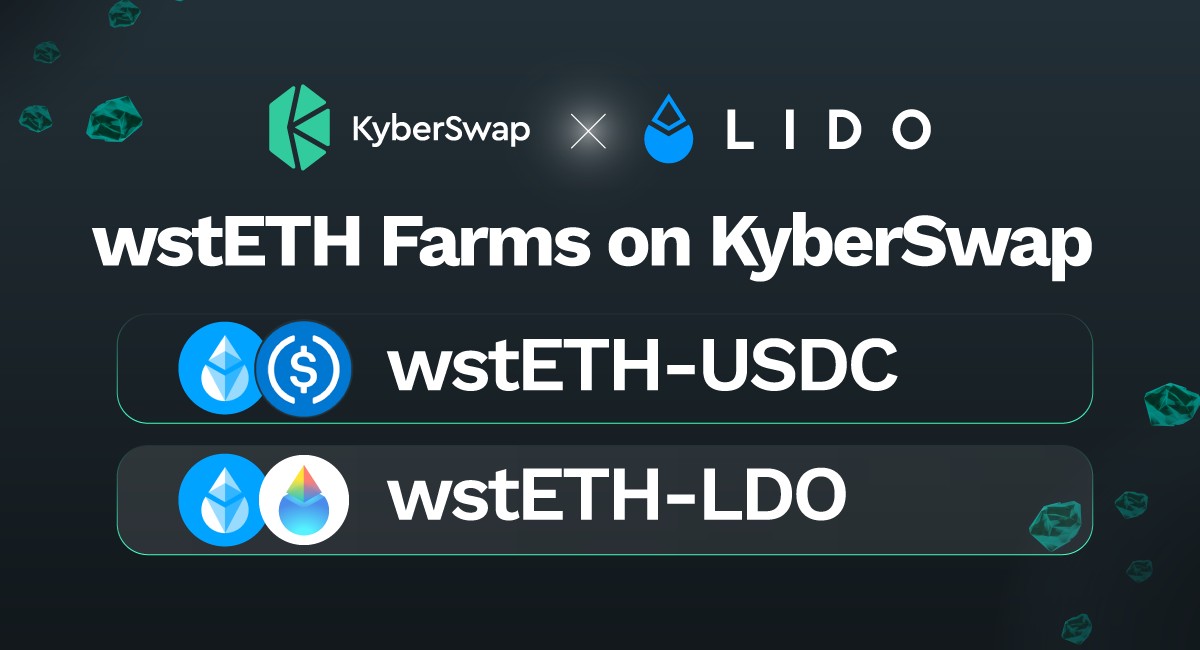 How to get wstETH?

The easiest way to get wstETH would be to buy directly on KyberSwap. KyberSwap users can also bridge wstETH assets across supported chains (Optimism, Arbitrum and Ethereum) using our Multichain bridge.

stEth is a derivative token that allows Lido stakers to use their staked ETH.

Unlike stablecoins, which are pegged to the United States dollar, stETH bears more similarity to an IOU whereby stETH holders can redeem their tokens for an equivalent amount of ETH on Ethereum 2.0.

ETH can always be staked 1:1. StEth historically has an APR of 4%–12% depending on network conditions.

The stETH price is supposed to be close to 1 ETH but is possible to decrease against ETH as its price is only held by the available liquidity.

Kyber Network is building a world where any token is usable anywhere. KyberSwap, our flagship DEX aggregator and liquidity platform, provides the best rates for traders in DeFi and maximizes returns for liquidity providers.

KyberSwap powers 100+ integrated projects and has facilitated over $11 billion worth of transactions for thousands of users since its inception. It is currently deployed across 13 chains: Ethereum, BNB Smart Chain, Polygon, Avalanche, Fantom, Cronos, Arbitrum, Velas, Aurora, Oasis, BitTorrent, Optimism and ETHPoW.

This publication is sponsored. Cointelegraph does not endorse and is not responsible for or liable for any content, accuracy, quality, advertising, products, or other materials on this page. Readers should do their own research before taking any actions related to the company. Cointelegraph is not responsible, directly or indirectly, for any damage or loss caused or alleged to be caused by or in connection with the use of or reliance on any content, goods, or services mentioned in the press release.

Coinbase clears the air about Grayscale's Proof of Reserves

A Dream Within a Dream: Movies, Metaphor, and the Philosophy of the Metaverse

The Magic Circle of Johan Huizinga | by William Meller | Dec, 2022

How Tokenization, AI and Web3 are Transforming the Digital Economy