In the past few years, the number of cryptocurrency investors has exploded, not only retail investors, but also some institutions have begun to tentatively enter the market, and massive funds have been poured into this new asset field. 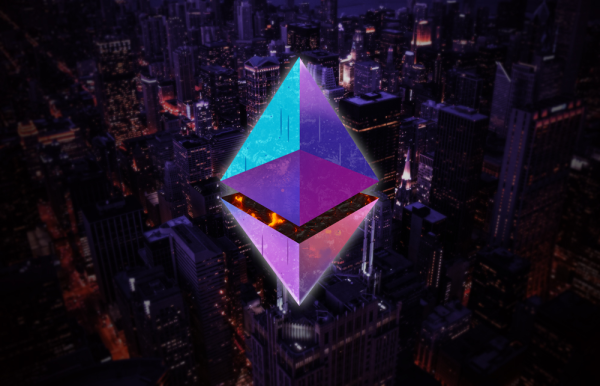 Although many people are attracted to the ecosystem purely because of the increasing popularity of Bitcoin, they only come in and find that the cryptocurrency market is dazzling with virtual currencies and tokens, and it is impossible to invest without thinking. Today, the author will tell people about the “dark horse” in cryptocurrency investment – Ethereum Classic (ETC).

Ethereum (ETH) is the second largest cryptocurrency after Bitcoin, and at the same time, because of the large number of ERC-20 tokens developed under its protocol, ETH is often one of the main choices for everyone. However, the existence of Ethereum Classic (ETC) often raises some questions, such as what is the meaning and purpose of its existence? Before answering these questions, it’s important to note that when Vitalik Buterin first launched Ethereum, there was no Ethereum Classic. The ETC token was created in response to the severe hack that hit thousands of Ethereum users in the summer of 2016.

The hack is widely regarded as one of the defining moments in the history of the Ethereum platform, although it was not a direct attack on the cryptocurrency itself. In April 2016, an Ethereum venture capital fund called DAO, a decentralized autonomous organization, was established. The fund was actually the earliest implementer of Ethereum’s smart contract functionality, and it continues to attract investors’ $150 million worth of virtual currency.

A few months after the DAO’s inception, many in the cryptocurrency community began to point out a serious flaw in its smart contract execution code. Shortly thereafter, someone used the DAO to transfer over 3.6 million ETH overnight. Given the magnitude of this theft, the Ethereum Foundation and most members of the Ethereum community favor a hard fork to reverse the impact of the hack. Therefore, the version with blockchain rollback transactions continues to be called Ethereum. The unaltered blockchain began to be called Ethereum Classic, a sign of support for its traditional qualities.

The Declaration of Independence issued by the Ethereum Classic community reflects the idea that code is law. That is, the Ethereum Classic code must not violate the immutability, interchangeability, or sanctity of the distributed ledger, and the history of transactions or the ledger cannot be reversed or modified for any reason. Due to its unique positioning in the field of proof of work, smart contracts and fixed monetary policy, ETC has the opportunity, and has the potential to become a blockchain base layer as well as a highly secure smart contract platform.

In addition to some investors sticking to ETC due to ideology, the development of development projects such as the Emerald software development kit (a toolkit (dapps) that can be used to build decentralized applications) has also allowed ETC to attracted a decent number of followers. Another selling point of the ETC platform is the use of smart contracts, a feature the currency’s developers are actively promoting into the Internet of Things (IoT) space.

For now, its development team and others in the community are working hard to bring new features to the platform, and the future of ETC seems very promising. Foremost among them is the full launch of the Emerald project. At the most basic level, Emerald aims to be an ETC wallet that can verify transactions in a trustless way, which no other competing wallet can currently do.

Some experts have pointed out that as complementary base layer systems, Bitcoin and Ethereum Classic will be used as digital gold. Considering the level of maturity and success the blockchain industry has achieved in the past, with the continued acceleration of new technologies and global platforms, it is reasonable to expect Ethereum Classic to be worth over $7,000 per ETC.

Since ETC has such a bright future and its role in the cryptocurrency ecosystem is becoming more and more prominent, for investors, will investing in ETC get the greatest return? The answer is yes. Rome wasn’t built in a day, and the magic of compounding investment lies in the precipitation of time. For the cryptocurrency market, mining is the cheapest and fastest way to benefit. So is there a product that maximizes the return from mining ETC? The author searched for professional mining ETC rig with few brands on the market, and found that there is only one JASMINER X4 High-throughput 1U -C server that meets the requirements of the public for high-quality mining rig. The biggest advantage of this product is “high hash rate and low power consumption”, it has a hash rate of 450MH/S±10%, and the power consumption is only 240W±10%. As the main model for mining ETC, its small and exquisite shape makes it suitable for various simple environments, and provides powerful processing capabilities for mining ETC. For ETC avid encryption enthusiasts, people might as well try the JASMINER X4 High-throughput 1U -C server.

It should be clear to us that every bit of ETC is as strong as ETH. It can even be said that the integrity of ETC far exceeds that of ETH because of the philosophy followed by its community. Perhaps the example of ETC should serve as a good case that in the unregulated digital currency market, people are still pursuing the belief of immutability.

How The Metaverse Will Change The Future of Online Gaming | by Heather King | Mar, 2022

We Need to Move On From The “Dialup Era”

What Is a Cryptocurrency Cold Wallet and Do You Really Need One?