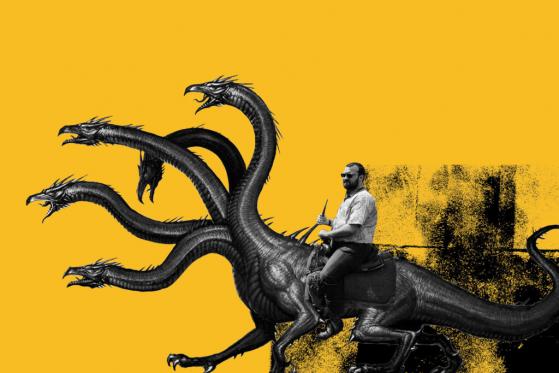 Read in the Digest:

U.S. crypto exchange giant Coinbase has enabled support for the Solana blockchain on its wallet browser extension. This comes more than a month after Coinbase began supporting Solana-based SPL tokens on its platform.

The integration of Solana to the Coinbase Wallet, which already supports ETH, AVAX, MATIC, BNB, makes it a competitor to leading Solana wallets.

Hydra – Cardano’s Layer-2 Scaling Solution is Near, What to Expect

Following the game-changing Alonzo hardfork, scaling has become vital to the network for implementing aspects of DeFi such as smart contracts.

Hydra, a Layer-2 scaling solution, was therefore proposed to tackle this challenge. With Cardano currently processing 250 transactions per second (TPS), Hydra promises to scale the network up to 2 million TPS.

The Hydra team recently announced the opening of the first ‘Hydra Heads’ on the Cardano public testnet. This means that users of the Cardano network can now test the early features of the Layer-2 scaling solution.

When fully implemented, Hydra will reduce latency and increase the throughput of the Cardano blockchain. In addition, IOHK explains that Hydra Heads excel in achieving near-instant finality within a Head.

Hydra will improve the scaling of Cardano and help create an optimized ecosystem that fosters dApp development.

The leading provider of enterprise blockchain and crypto solutions, Ripple, announced that it would be committing 1 billion XRP ($786 million) to developer grants.

The newly announced fund is an extension to the XRPL Grants program, launched in 2021, which aims to accelerate development in the Ripple ecosystem and use cases on the XRP Ledger (XRPL).

The two prior iterations of the Ripple developer grant awarded $6 million in funding to over 50 projects. This helped Ripple to expand its reach in the Asia Pacific region through RippleNet – its XRPL-based remittance technology.

Focusing on onboarding open-source projects onto its ledger, Ripple will gradually disburse the 1 billion XRP over the next decade. In addition to this, Ripple will conduct several boot camps to encourage and onboard developers.

With particular emphasis on its developer community, Ripple, through its incentive program, aims to create new projects within the XRP ecosystem.

Usage of the open-sourced and decentralized blockchain ecosystem Binance Smart Chain (BSC) has been on a steady rise as it surpassed the number of transactions performed on the Ethereum chain for the second month running.

Throughout February 2022, Ethereum recorded approximately 32,739,456 transactions, while 156.5 million transactions were performed on the Binance Smart Chain over the same period – a difference of over 123 million.

The competition watchdog of Australia has instigated legal action against Meta, alleging that Facebook was involved in crypto scam adverts that falsely claimed to be endorsed by prominent figures.

According to the lawsuit, Facebook “aided and abetted, or was knowingly concerned in false or misleading conduct and representations by the advertisers.”

Some of these scams used images of Australian business leaders, TV hosts, and media personalities. The Australian Competition and Consumer Commission (ACCC) stated that it was made aware of “a consumer who lost more than A$650,000 ($480,000)” due to one of these scams.

ACCC Chair Rod Sims asserted that Meta was aware of the scam ads displayed on Facebook, but did not do enough to address them. The ACCC is seeking financial penalties against Meta.

Ads like these continue to damage the reputation of cryptocurrencies among the public, and have amplified the calls for regulation of the industry.

Join to get the flipside of crypto

Upgrade your inbox and get our DailyCoin editors’ picks 1x a week delivered straight to your inbox.

Ether Bulls Ascendant as Anticipation Builds for The Merge

Cryptocurrency thefts showing no signs of slowing down

COTI Review: How It Works and Use Cases – Reviews – – Altcoin Buzz