They began with good intentions. In February, WWF UK announced the release of a branded collection of NFTs. These ‘Tokens for Nature’ would represent an endangered species championed by the conservation organisation, such as the javan rhino or the giant panda. Using the Polygon blockchain to facilitate their sale, WWF UK stated that all proceeds from the NFTs would go directly toward funding new conservation projects around the world.

The backlash was almost instantaneous. While Polygon claims to be a low-carbon blockchain, critics pointed out that its transactions have to be verified using Ethereum, which is famed for its high carbon expenditure (one expert would later estimate that the pollution generated by a Polygon transaction is 2,100 times higher than the WWF initially thought.) Within a day of announcing the series, WWF UK announced that it would be coming to an end. “We recognise that NFTs are a much-debated issue,” read a statement on its website. “We all have lots to learn about this new market.”

Despite the vigorous outcry about Tokens for Nature from conservationists and crypto-enthusiasts alike, the money raised by the tokens’ sale – some $46,000 over 24 hours, including $2,700 for an NFT representing a rare orangutan – somewhat vindicated WWF UK’s original intentions. For the British charity and others like it, the emergence of NFTs represented a new and exciting revenue stream that could ensure added exposure for key conservation projects around the world. As a bundle of smart contracts tied to a blockchain, it also opened new opportunities for tying donations with specific projects and imbuing the process with greater transparency in the bargain.

Other endeavours are more ambitious still. For many years now, futurist Jonathan Ledgard has pointed toward blockchain as a key technology in enabling ‘interspecies money,’ a concept that effectively transforms endangered species into asset classes. After endowing individual animals – say, a gorilla – with an NFT and then selling it, the proceeds are directly funnelled into the conservation project protecting them and to local communities, creating a material incentive for them to cease farming or logging practices that threaten the species’ habitat. ‘A digital currency for other species, operated like a central bank for biodiversity, may emerge,’ Legard explained in Project Syndicate.

For environmental groups, crypto offers new and exciting opportunities to accomplish their goals while fundraising inside markets regularly valued in the trillions. Even so, such schemes sit within a technology paradigm that, in its current form, is viewed as a grave threat to the environment. Roiled by daily scandals related to scams, energy consumption and basic usability, crypto is a strange new world for environmentalists to inhabit. But a few innovators are holding firm in the belief that blockchain technologies can help humanity ascribe to nature the value it deserves.

Crypto for the planet: Forging a connection to wildlife

“Our mission is very specific,” says Graham Wallington, CEO of WildEarthTV, a 24-hour television channel hosting live feeds of animal communities. “And that is to make people feel present in nature… without scaling the impact on nature that accessing it causes.” 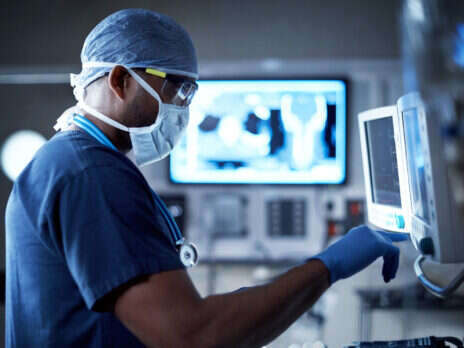 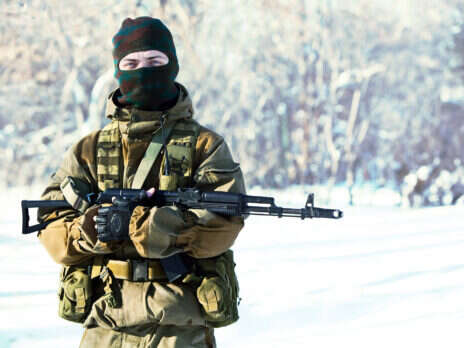 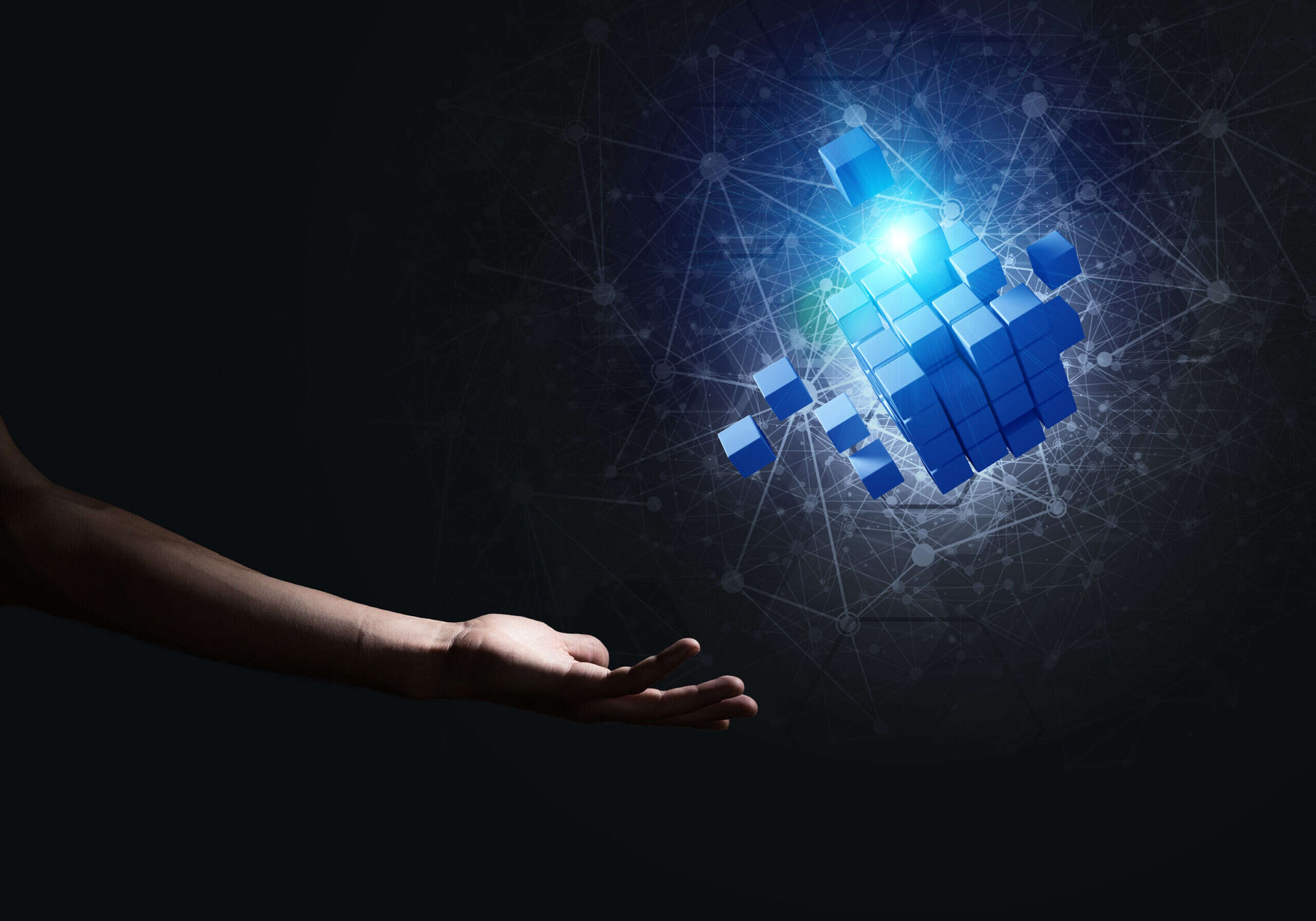 For the TV channel, that means allowing wildlife lovers to glimpse nature from the comfort of their television screens rather than travel thousands of miles to go on safari. A similar principle underlies WildEarth TV’s first NFT series, which it unveiled in February. Advertised for a limited period during select live broadcasts, the tokens are tied to individual animals appearing on the feed. The NFTs raise money for the conservation of that population, explains Wallington, by providing local custodians of their habitat with a royalty.

They will also eventually provide regular updates about the life of the individual featured, deepening the connection between the buyer and the animal they’re protecting. “The best way to engage an audience with a narrative is through character,” he says. “It’s a lot easier to empathise with Sammy the pangolin that’s about to be killed” by a poacher or deforestation. So far, the project has raised upwards of £25,000, Wallington says, “of which 40% has already been paid to the custodians”.

Having processes in place proving funds raised through green crypto schemes are reaching their intended destination is essential for environmental organisations. Claims by one NFT scheme that they had contracts to plant billions of new trees in the Maldives, Sri Lanka and Pakistan, for example, were recently found to be vast exaggerations after an investigation by Climate Change News. For its part, Wallington says that Wild Earth TV only verifies that its custodians are protecting the habitats under their purview generally, rather than following up on precisely how each donation is spent. In time, though, the channel intends to strengthen its verification processes by making NFT buyers members of a DAO that votes on which projects from an approved shortlist should be allocated funds. Participants will also be able to join site visits to ensure that the money they’ve invested is continuing to make a difference.

A different strategy is underway at the Porini Foundation. Last year, the Swiss blockchain start-up collaborated with Nature Seychelles and the IUCN to issue a ‘Nature Collectibles’ NFT series, a set of 59 tokens or ‘cards’ tied to individual (and endangered) Seychelles magpie robins. The project was a runaway success, with over half of the series sold within 12 hours. Porini’s founder, Roman Eyholzer, envisions similar series tied to other IUCN projects on its Green List, a global governance standard for conservation schemes. Instead of trying to enhance a connection between the buyer and an individual animal, though, the organisation intends to appeal directly toward NFT collectors – a model, Eyholzer explains, that was based on Panini football stickers.

“This card is actually always on sale,” he says, albeit at a slightly higher price than the previous sale. Funds generated from sales in this secondary market are then redistributed to the seller, the IUCN and the conservation project associated with the NFT series.

Rather than relying on a carbon-intensive blockchain like Ethereum to facilitate its transactions, the Porini Foundation built its own in 2018. Hosted on servers powered by renewable energy, the ‘Zero Carbon Chain’ uses a proof of authority mechanism to validate transactions, thereby ensuring it consumes less than 500 kWh per year. As well as giving conservation groups peace of mind on the emissions side of things, Porini also keeps the transactions transparent by obliging each participating organisation “not only to run a node, but also to publish their wallet on their website,” says Eyholzer – making the transfer visible to all members of the public.

Not all conservation organisations, however, have the luxury of running their own blockchain. Like WWF UK, Wild Earth TV chose to run its first NFT series on Polygon. At the time, says Wallington, this Ethereum side chain was the most environmentally friendly option available to the channel while guaranteeing access to the lucrative NFT speculator market on OpenSea. Most NFTs on that platform are bought and sold using carbon-intensive Ether, something Wallington wanted to avoid at all costs. A plan to compel buyers to only use Polygon’s Matic cryptocurrency to buy Wild Earth TV NFTs, though, backfired when it introduced too much friction into the process.

As a result, most of Wild Earth TV’s NFTs have been acquired by its viewers. Wallington says he’s unlikely to use Polygon to support future NFT releases, instead focusing on harnessing blockchains with better environmental credentials. “It could be Solana, it could be Cardano, it could be Zilliqa,” says Wallington. The experience also taught him that the future of conservation in crypto is unlikely to rest on the whims of hardcore cryptocurrency bros.

Others in the space have concentrated on rationalising the trade of carbon credits. This market, in which companies looking to offset their emissions by making targeted investments in green projects, has been criticised in recent years for its inefficiencies and lack of accountability. Some firms like Toucan, however, aim to harness blockchain technology by uniting disparate physical registries of carbon credits into a single online pool, from which are derived tradable crypto-tokens known as ‘Base Carbon Tonnes,’ or BCTs. Launched last year, Toucan has loaded approximately 18.3m tonnes of carbon credits onto the blockchain. Some, however, have pointed out that the start-up is just creating a new place to trade carbon credits rather than expanding the number of green projects.

It was one of the reasons why The University of Cambridge decided to build its own blockchain-based carbon credit marketplace. Arising from its own desire to offset its emissions in a transparent manner, says Dr Anil Madhavapeddy, a computer science lecturer at the institution. “It turned out to be really, really hard to find anything where we could really put our money behind it and say, ‘Hand on heart, as a charitable university, [we are] furthering our goals’.”

And so, Cambridge began building its own carbon credits marketplace. The result was the Cambridge Centre for Carbon Credits, or 4C, a platform that uses the Tezos blockchain to distribute funds raised through the sale of carbon credits. Not only is it as environmentally friendly as a public blockchain gets – a ‘proof of stake’ transaction on Tezos is estimated to generate 2.5 grams of carbon per transaction, compared to 430 grams on Polygon – but Madhavapeddy argues that its efficient, user-led governance model makes it perfect for scaling 4C to accommodate green projects around the world. “Without sacrificing integrity, we want to increase the rate at which people can craft projects, and then directly make sure that the money raised from this whole process can go towards [supporting] local livelihoods and have a positive impact on biodiversity,” he says.

Data, insights and analysis delivered to you
View all newsletters
By The Tech Monitor team
Sign up to our newsletters

Such projects, however, had to be easily verifiable. For ideas, Madhavapeddy reached out to his colleagues in the zoology and ecology departments. “One of the first things we gravitated towards is tree planting,” says Madhavapeddy. Reversing deforestation, after all, can not only provide new habitats for innumerable species when pursued properly, but also helps to replenish the natural world’s ability to absorb carbon. Associated projects can also easily be monitored from the air, either through the use of commercial satellite imagery or small squadrons of drones.

Madhavapeddy and his team don’t plan to stop there. While funding reforestation projects is a straightforward and easily verifiable way of doing some environmental good, 4C will also host complex algorithms capable of grading individual projects according to metrics of accountability and environmental impact. The conclusions they draw will be uploaded to the blockchain, allowing independent auditors to one day check every project is living up to its full potential, Madhavapeddy believes. Eventually, he hopes to expand the platform out further to incorporate maritime projects, like monitoring ocean health and seagrass forests.

Madhavapeddy hopes to have something live later this summer. There is, he says, a palpable sense of urgency in doing so. “The interventions,” he says, “have to begin as soon as possible.” The effects of climate change, after all, are already being felt, from the cyclones tearing through the Indian Ocean to the fires scorching the suburbs of California and Australia. Put simply, if crypto is going to save the climate, it has to start now.

Raghav Shawney from BlockchainPRBuzz on DeFi, Crypto Regulations in India, and Years in the Industry