This followed Ontology’s announcement on March 1, 2022, that the EVM had successfully integrated with its blockchain, 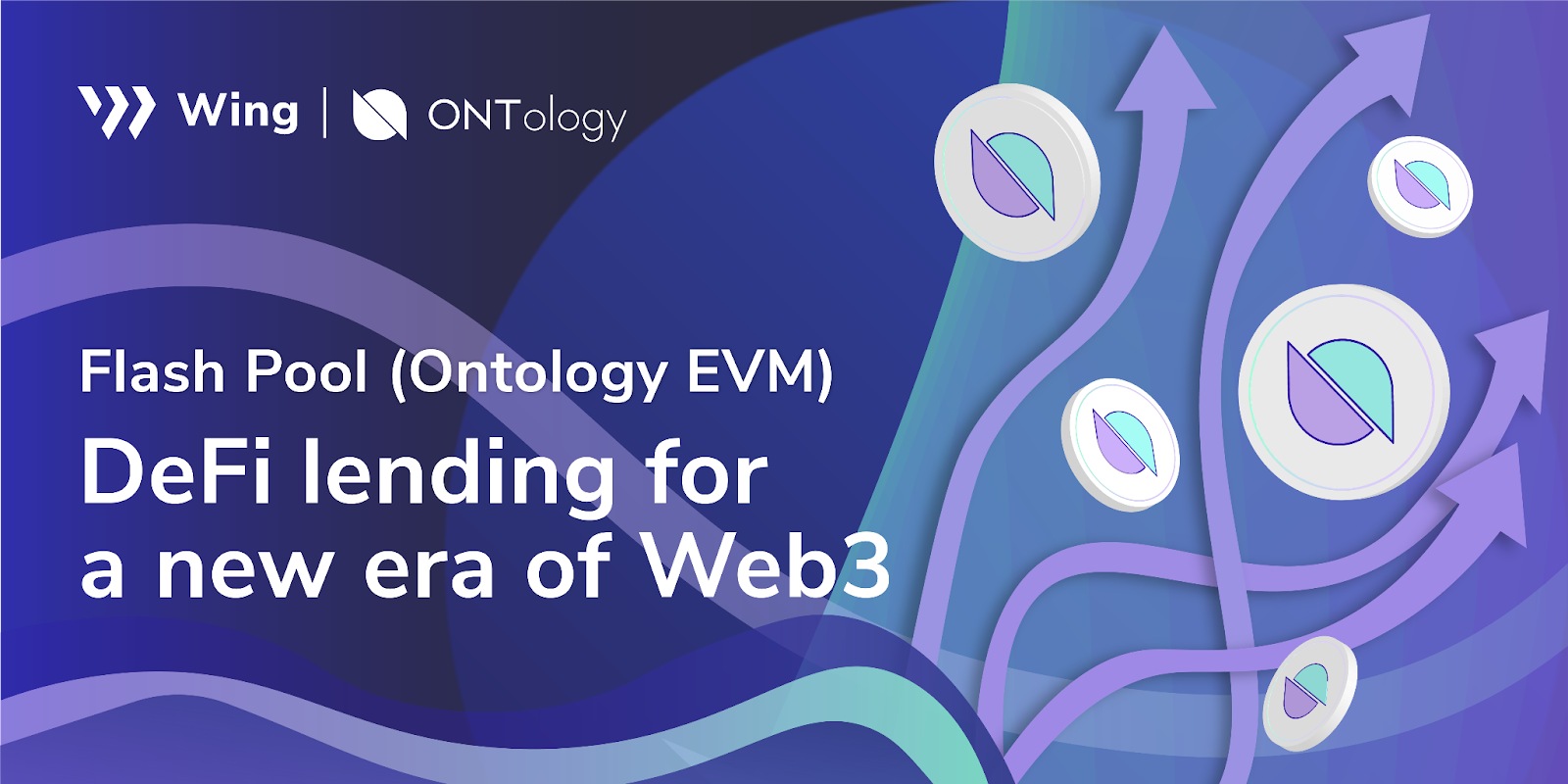 This would be the fifth flash pool to be launched, following in the footsteps of the successful Ontology, Ethereum, OEC and BNB chain launches, further strengthening Wing’s reputation as a cross-chain Web3 decentralized finance (DeFi) project.

The original flash pool, and still the largest by total value locked, was launched on the Ontology chain and has performed excellently since the initial launch. The Ontology EVM launch promises to provide many new opportunities in the Web3 space, providing access to a range of new partners and users.

It’s excited about the range of possibilities the new flash pool provides for Wing users. These advantages include expansion into a new ecological space, with access to new cooperations such as the potential to build alongside an Ontology EVM-based decentralized exchange. There are obvious economic benefits for users of the pool, as all transactions are paid with Ontology Gas (ONG) and benefit from the fast and cheap nature of the Ontology blockchain.

Meanwhile, the new Ontology EVM pool includes MetaMask and Onto web and mobile Wallet support, allowing for the easy onboarding of new users. Finally, there is the Ontology EVM fund, which can provide financial and technical support for Wing, courtesy of the Ontology team.

Users will be able to supply and borrow these assets and use WING to participate in the Insure pool. The following rules will apply.

In terms of incentive distribution, WING incentives are currently shared between the Ontology, Ethereum, BNB and OEC flash pools. The sum of their distribution ratios is equal to 0.03 WING. On the day that the Ontology EVM Wing flash pool goes live, 10% of the effective supply and borrow amount of the current flash pools will be used as the initial estimated effective supply and borrow amount for initial allocation.

To coincide with the launch of the Ontology EVM Wing flash pool, Wing has announced a two-week launch celebration. Take part in the social media and flash pool campaigns for the opportunity to win a share of 14,000 ONG, 1,060 WING, and nonfungible token rewards.

The launch of the new flash pool continues to demonstrate Wing’s support for cross-chain interactions and cooperations. As the platform that bridges DeFi and traditional finance via its top-class decentralized credit system, it continues to innovate in DeFi and Web3, promoting a mutually beneficial relationship between borrowers, creditors and guarantors.

This is a paid press release. Cointelegraph does not endorse and is not responsible for or liable for any content, accuracy, quality, advertising, products, or other materials on this page. Readers should do their own research before taking any actions related to the company. Cointelegraph is not responsible, directly or indirectly, for any damage or loss caused or alleged to be caused by or in connection with the use of or reliance on any content, goods, or services mentioned in the press release.

Are Your Lost Bitcoins Gone Forever? Here’s How You Might Be Able To Recover Them

Crypto Dominos: The Bursting Crypto Bubbles And The Destiny Of Digital Finance