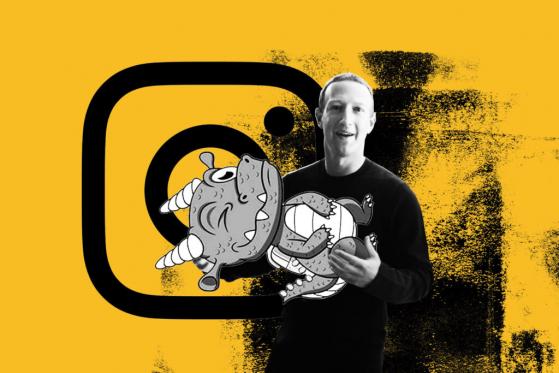 Read in the Digest:

Over the last six months, the metaverse, a prospective trillion-dollar industry, has attracted the biggest names from across various sectors. British banking giant HSBC has become the latest to enter the industry, partnering with ‘The Sandbox‘.

According to The Sandbox, the partnership with HSBC has seen the bank purchase a plot of land in the virtual world of The Sandbox. HSBC will develop the land to play host to sports, e-sports, gaming, and finance professionals.

Leading and DeFi company ‘ConsenSys’, announced a hefty $450 million Series D funding round backed by Microsoft. The funding has taken the firm’s valuation up to $7 billion, more than double what it held in November 2021.

The shared vision for the Web 3.0 world as the future of the internet has fueled the growing number of investments.

Meta-owned Instagram could become the next social media platform to integrate non-fungible tokens (NFTs) into their platform. Mark Zuckerberg made the announcement, which sparked excitement in the crypto space, while speaking at the South by Southwest conference.

During the “Into the Metaverse: Creators, Commerce, and Connection” session, Zuckerberg stated: “we’re working on bringing NFTs to Instagram in the near term” to confirm the speculation.

In January, we reported that Facebook and Instagram were working on implementing the NFT profile picture and minting features to the platforms, which have now been confirmed by the Meta boss.

Zuckerberg also explained that “over the next several months, the ability to bring some of your NFTs in, and hopefully over time be able to mint things within that environment.”

The Head of Instagram, Adam Mosseri, explained that the company was “actively exploring” NFTs to bring the technology to a wider audience.

Questions around the security of decentralized finance have once again been raised as three DeFi protocols suffered exploits totaling losses $14 million. Bilateral over-the-counter (OTC) derivatives platform Deus Finance was breached, suffering the theft of $3 million from the network.

According to a post mortem conducted by PeckShield, the hackers used flash loans to manipulate the contract to falsely show that DEI (one of the two tokens issued by Deus Finance) had collapsed.

Just hours after Deus Finance was breached, Agave and Hundred Finance reported a similar flash loan reentrancy attack on the Gnosis chain. The attacker stole a combined $11 million from both DeFi protocols using the bug.

Exploiting the “callAfterTransfer” function, the attacker continued borrowing from the protocols by making requests to borrow funds without being required to put up additional collateral. Then, they proceeded to siphon the funds using Tornado Cash to mask the address.

The exploitation of Agave, which is a fork of Aave, has raised concerns about the safety of users’ funds across the DeFi industry.

Kazakhstan Cracks Down on Crypto Mining, Mexico’s 3rd Richest Man to Mine Bitcoin

Taking a different route, Ricardo Salinas Pliego, the third-richest person in Mexico, is reportedly planning to start mining bitcoin. The billionaire could leverage his geothermal power plant to mine bitcoin from as soon as July, according to the reports.

The energy consumption and related carbon emissions of Bitcoin mining have led to increased crackdowns to root out illegal mining operations.

Join to get the flipside of crypto

Upgrade your inbox and get our DailyCoin editors’ picks 1x a week delivered straight to your inbox.

How to Buy Ethereum Classic in 2022

You don’t need to be angry about NFTs – Cointelegraph Magazine

The request could not be satisfied